Behind every locally-owned bank is a Board of Directors representing the communities they serve. Alliance Bank is honored to recognize David Diener, Timothy Schreeg, and Ralph Widmer upon their retirement from the Alliance Bancorp Board. Together, they have a combined total of nearly 80 years of service to the Bank. All three Board members played an integral role in the merger of State Bank of Oxford and Peoples State Bank in 2005 to come together as Alliance Bank.

David Diener joined the Board in 1992. David spent his career as entrepreneur and local business owner and serves as a White County Commissioner. He and wife Stacey, reside in Monticello.

Timothy Schreeg and wife Pama reside in Rensselaer. Timothy provided fiscal and healthcare knowledge to the Board when he joined in 1997. Upon retiring in 2016, he had 35 years of leadership within Jasper County Hospital and Franciscan Health Rensselaer.

Ralph Widmer has been a part of the Bank since he was first hired in 1975. He rose to President of State Bank of Oxford and served as Executive Vice President of Alliance Bank. When he retired from Banking in 2014, Ralph continued his service on the Board of Directors. Originally from Otterbein, Ralph and wife Teresa now reside in Monticello.

“It has been my pleasure and honor to serve with Dave, Tim and Ralph over the last 16 years,” shared Board Chairperson Jim Schoen. “Their wisdom, perspectives and dedication to Alliance Bank have been invaluable to the growth and success of our financial institution. They will be missed, but their contributions will continue through those of us who have served alongside them.”

In preparation for their retirement, Alliance Bancorp has invited new board members in over the past few years. The current Board of Directors includes: Jim Schoen, Chairman; Mike O’Connor, Vice Chairman; Mark Cervenka; Jeff Milligan; Shane Pilarski, Alliance Bank President and CEO; and Jeff Webb.

Back to Home
Back to Blog 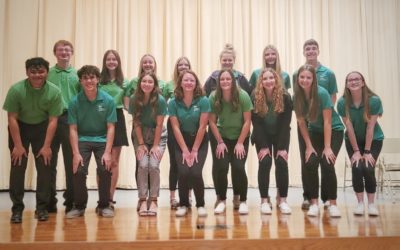 Junior Board Gives Back

Francesville, Indiana – Alliance Bank Junior Board members culminated their year with a celebration on Sunday, May 1st. The highlight of the afternoon was their donation of $540 to Humanitarian Distribution Center. Alliance Bank provided the money for the donation,... 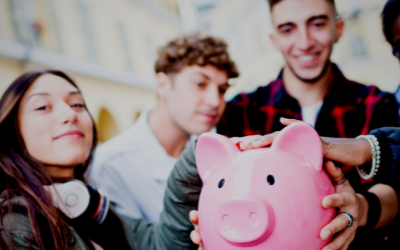 Teach Children to Save

1 in 4 Americans report they have no emergency fund at all, according to a 2021 survey by Bankrate.com. There are 45 million adults who have student loan debt. We can't rely on our schools to teach our kids all they need to know about money. It is everyone's job to... 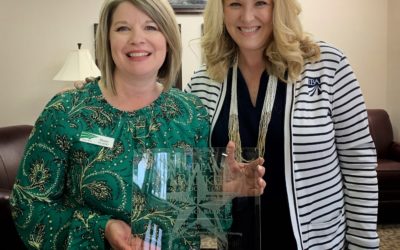 Alliance Bank Named a Five Star Member of the IBA

Alliance Bank has been honored as a Five Star Member of the Indiana Bankers Association. The award was presented on March 29,2022 by Amber Van Til, IBA President and CEO, in recognition of Alliance Bank's Association involvement throughout 2021. Alliance Bank...

Need to get in touch or have questions about banking with Alliance Bank? Give us a call or fill out the contact form. Thank you!